Jane Owen is constantly challenging herself and trying to grow. So it’s no surprise that the Toyota culture of Kaizen – continuous improvement – inspires her daily.

With a love of sewing, rock climbing and mixed martial arts, a car she saved from the scrap heap, and a previous job fixing paintball guns, her eclectic interests and background enable Jane to bring diverse experience to her role as Technical Service Cadet. Her interesting background and varied hobbies are part of what makes Jane precisely the kind of person Toyota looks to attract.

Knowing When You’re on the Right Path

Jane has always loved cars. For her 17th birthday, her dad bought her a car heading for the scrap heap for $150 and told her she had a year before she turned 18 so she better get fixing!

“I was underneath the car all day and all night, watching YouTube videos to teach myself how to fix the car.”

When she needed some studs for her repairs, she went to a local workshop and asked to buy some from the small engineering company. Instead, the owner handed her a giant box of studs. If she sorted them into imperial and metric threads for him, then she could have what she wanted. She returned the next day with a sorted box of studs.

The workshop owner offered her a job on the spot. She apprenticed in the engine-building workshop for 18 months,

“making coffee and doing dirty jobs that no one else wanted to do, then working myself up. I loved the work, but the workplace was ‘interesting’ to put it politely. And the pay was really bad".

She left the workshop, started studying at TAFE and took a job refereeing paintball games.

It took a couple of months, and they realised I was a lot better at fixing things than yelling at people. I was moved to the workshop, fixing paintball guns and compressors.

During that job, she entered University to study Mechanical Engineering. Jane has two remaining semesters and will graduate next year.

Throughout her studies, Jane says,

“I was always on the lookout for a good job to get my foot in the door. It’s really competitive to get jobs in mechanical engineering. Automotive was an option as I’d always loved cars. I’ve never been to the mechanics because I’ve always fixed my own cars. Even if nothing’s broken, I can’t leave it alone and do a lot of tinkering, taking things apart and putting them together”. 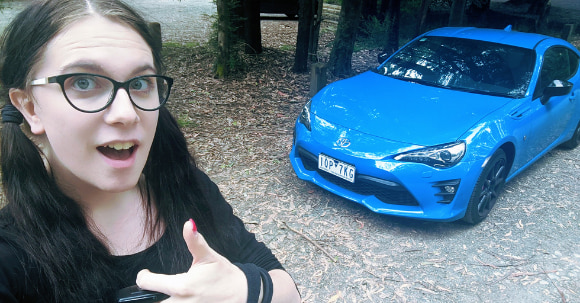 The Day Everything Changed

As she continued her search, Jane shares the day everything changed.

“I’d done a few hours applying which can be quite draining. They were low-level automotive parts finders in a warehouse and things like that. I was trying to get something vaguely related to engineering to work my way up, but none of them were mechanical engineering or very exciting.”

I was getting tired and then saw the job for Toyota. I saw the WORK180 endorsement, which was positive, as I did have a fear in the back of my mind that it’s hard for women to get into mechanical engineering. I remember scrolling through the ad thinking, ‘There’s no way I’ll ever get picked for this’. But then I thought, the worst they can do is say no, so I wrote a cover letter and sent my resume off. It sounded like exactly what I wanted - it almost had my name at the top of it.

The position was specifically designed for someone finishing their degree,

"Diagnosing unusual problems and fixing things, which I just love. It’s like a fun little puzzle. I love getting my hands stuck in and figuring things out. It just sounded right up my alley".

When Jane was offered the position,

“I was beside myself, it was really surreal. I can’t tell you how happy I was. At the same time, I had imposter syndrome, but I was in!”

Despite her unique experiences and lifelong love of cars, Jane faced imposter syndrome as she started with Toyota. But we know many women (and men) feel like this on occasion, and Jane shared her tips for overcoming it:

The University group, Women in STEM, has also been helpful for Jane. Their main aim is networking and training, and they receive job opportunities from employers wanting to increase the diversity of their workforce. 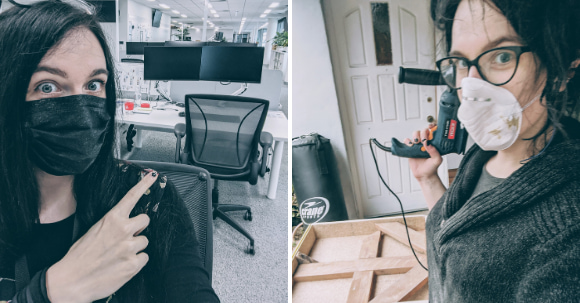 When reflecting on her first impressions as a new starter at Toyota, Jane said,

“It was amazing. I’d imagined the job would be like starting as an apprentice all over again, making tea and coffee, doing admin work and mundane tasks. But it wasn’t! They put you into roles that ask more than you’re usually doing, so you’re constantly progressing. But my Team Leader made it clear that it’s for your own development and not to make you feel like you’re overworked. He said to let him know if I ever felt out of my depth.”

I can’t believe how impressed I was. I kept saying to my friends that no big company can be this good, surely they must be hiding something! I just couldn’t believe a company was this focused on the people that work there, the customers, and they have big respect for the local environment and culture. They put a lot of effort and thought into those things. I didn’t think a big manufacturer would be like that.

After the first few weeks getting used to new people and a new workplace,

“It was straight into it! I was part of a team helping diagnose cars. They put a lot of faith in me, and I was shocked at the level of work I was doing straight away, making a difference and helping out.”

“I’m most proud of a big report I spent a few months on that will affect my entire division. I presented to our parent company in Japan. I can’t believe they’ve taken a little, un-graduated engineer like me have given me so much responsibility.”