Sydney University was one of the founding clubs of the Sydney Women’s Australian Football League in 2000. Since this inaugural year Sydney University has experienced great success on the field, winning the premiership in; 2001, 2007, 2013 and 2014.

We are the Premier Club in NSW and have been grand finalists for the past 7 years. SUWAFLC is closely affiliated with the Sydney University Men’s AFL Club, both of which are governed under the auspices of Sydney University Sport and Fitness. Sydney University Australian Rules Football Club is well respected within the men’s and women’s leagues and is a recognised, prestigious brand throughout the broader community. And with the National AFL Women’s Competition (AFLW) launched in February 2017, these are certainly exciting times to be involved in Women’s AFL.

Our Club boasts 4 bright young stars that feature in this National League playing for the GWS Giants, including Nicola Barr the 2017 Number 1 Draft.

The Club’s mission is: “To coordinate, administer and promote Sydney University Women’s AFL Club, to ensure increased support and success of the Club on and off the field”. 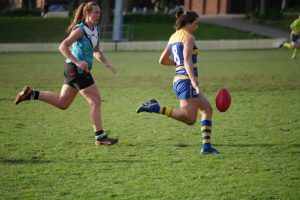 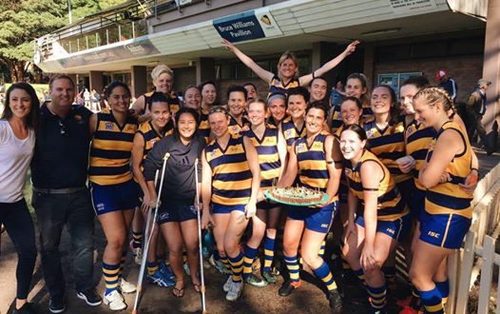