Anglo American Careers: Ready to blaze the trail in mining

Lil Shanley loves cooking American style BBQ. The process involves waking up at 3 am to start the low and slow process. After ten hours of cooking, she reaps the rewards, devouring the tender perfection. When she’s not behind the BBQ, she’s a Trainee Underground Miner at Anglo American. Whether it’s the smoker BBQ or being 350 metres underground, Lil loves getting her hands dirty. We were almost disappointed to see how well she scrubbed up when we interviewed her.

Having fire in your belly

Lil has a small firetruck collection, which she has been collecting since she was a child. She has always admired the fierce and courageous nature of firefighters and would have considered it as a career — however, says she didn’t know if she could handle witnessing trauma.

But where there’s a will, there’s a way. Lil did end up working in the fire industry — just not as you know it.

“I pursued electrical and plumbing apprenticeships in 2008 but was continually knocked back. I was told, ‘girls don’t do trades’."

“While applying for plumbing apprenticeships, I learned of the fire sprinkler fitter trade, which immediately appealed to me. The Plumbers Union QLD organised a week’s work experience with a fire company who luckily offered me an apprenticeship at the end of that week.”

Lil became the first trained female sprinkler fitter in Queensland. After she completed the apprenticeship, she wanted to broaden her skills and accepted a FIFO job at Chubb Fire working in Central QLD looking after fire systems on numerous mine sites for seven years. 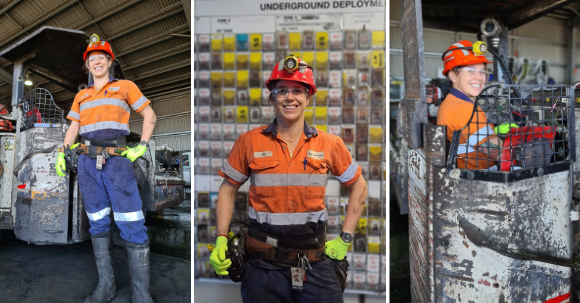 It was then time to explore another challenge, and the Traineeship was the perfect opportunity. As part of the two-year Traineeship, Lil is completing a Certificate II in Underground Coal Mining through a structured learning program working across all areas of underground mining areas.

“Taking the underground mining traineeship with Anglo American just felt like the next natural step in my career. They’re very flexible here. They call it the Lifestyle roster where you have a maximum of five days on and five days off. This means my bottle of milk is still fresh at the end of my swing, and my English Staffy still remembers me.”

Lil has been at Anglo American for almost a year now, working at the Moranbah North Mine site. Her familiarity with mining sites means she feels very much at home here.

It’s a lot of fun here. I love it because it’s mentally and physically challenging. At times, it can be dirty or tough. It’s like one big Tough Mudder. You’re limited by what you can use in the mine, as only particular equipment can be used underground due to risk management.

We asked what Lil’s career achievements were and she said it was being one of eight selected for Anglo American’s landmark Balancing the Team female trainee underground miner program. She says it was an intensive application process with more than 1,300 applicants.

“Once you passed the psychometric testing, they invited 80 women into a simulated mining environment. We were split into groups of 20. Everyone had different tasks to perform, and they assessed how well you performed them and how you worked as a team.”

We asked whether it was her prior experience as a fire sprinkler fitter in mining sites which landed her the Traineeship. She smiled and said,

We’re pretty sure we could smell the smoky BBQ through the Zoom call. 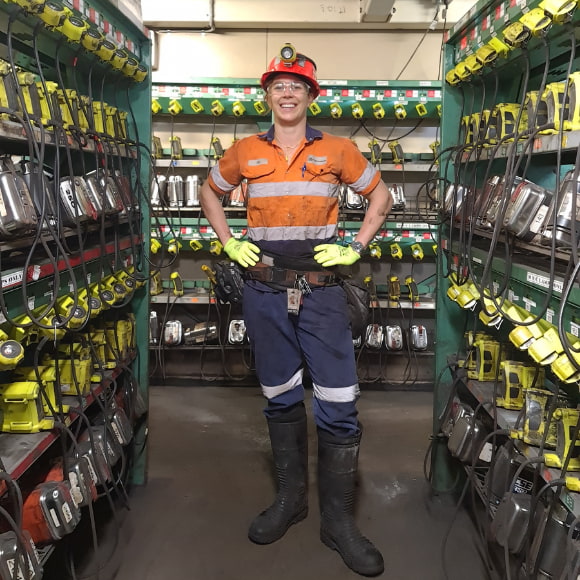 Lil knew what to expect working in mines. It goes both ways because the applicant must be comfortable in that working environment. Lil said some applicants were surprised to see what mining really involved and pulled out of the process. So, we asked her what her advice was to anyone interested in getting into mining. She said,

“Prepare yourself as much as possible and research what is involved. It’s an environment that is not for everyone. Yes, it’s a lot of fun but it can also be physically demanding.”

We asked what she enjoyed most about working at Anglo American, and she says,

“You get the opportunity to work underground - somewhere no one gets to see — that in itself is a novelty. The people make it easy to work here. It’s a real team environment. There’s always jokes and a lot of fun.”

“Safety and innovation are held high at Moranbah North Mine. Moranbah North is an award-winning mine. I also have a good work/life balance and remuneration package.”

Getting into the underground mining industry, whether you are male or female, is very difficult and competitive. Anglo Americans’ ground-breaking Balancing the Team program allowed an “in” for me. The application process also gave a realistic idea of what is involved in the Traineeship to anyone new to the mining industry.

Lil says she would like to see more women in mining. Even though the Traineeship was aimed at increasing the female representation in the Underground Mine Technician ranks, she is grateful to be respected and treated just like everyone else, regardless of gender.

“Since starting the traineeship, I have been treated like every other coal mine worker on site, which allows me to integrate well with my male colleagues.”

Slow and steady wins the race

We asked Lil to share any final career tips and words of wisdom. She says,

My advice is always just to do it. I would have regretted [not applying]. I am doing a traineeship in my late 30s, I have stepped out of my comfort zone and am just doing it - as a worker and as a person. I’m not out there to impress anyone. Do it for yourself.

Her love of American BBQ cooking where it’s cooked at low heat over many hours is a metaphor for life — slow and steady wins the race. Reaping the reward comes to those who have grit and patience. Your dream job awaits you. 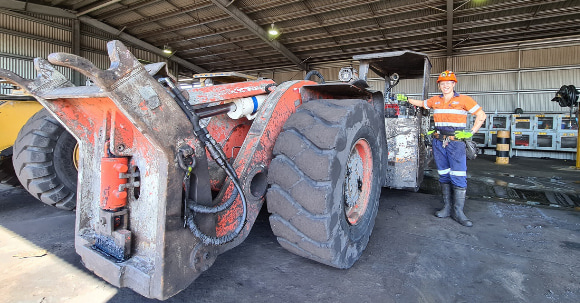