Today, October the 15th, is Pregnancy and Infant Loss Remembrance Day, a day that calls on us to reflect on the one in four pregnancies that will end in loss, and to remember those babies who are not with us here today, but remain forever in our hearts. From 7:00-8:00pm local time, around the world, we will light a candle for the Wave of Light – to remember those little lives and what could have been.

For too long, miscarriage, stillbirth and infant loss has been taboo, a subject that is whispered about and pushed aside – if we don’t talk about it, maybe it didn’t happen. We have been making strides since the Senate Enquiry into Stillbirth, which handed down its report that include 16 recommendations back in December 2018. Since then, we have seen a bipartisan commitment to delivering on these recommendations, which include some meaningful legislative changes to the Fair Work Act (emphasis added):

Recommendation 1: The committee recommends that the Australian government reviews and amends the Fair Work Act 2009 (Cth) and provisions relating to stillbirth in the National Employment Standards (NES) to ensure that:

Despite the chaos of 2020, we have seen some meaningful progress this year, including the announcement by Attorney General Christian Porter of legislation to equalise unpaid parental leave entitlements for families dealing with the trauma of stillbirths, infant deaths and premature births – where previously, parents of stillborn babies were only guaranteed six weeks of unpaid leave, they will now be entitled to the full 12 months afforded to parents of live, healthy babies.

This change to unpaid leave entitlements will give these parents the time and space they need to grieve the loss of their baby, without having to worry about returning to work before they’re ready to do so.

And more recently, Social Services Minister Anne Ruston announced a boost to the Stillborn Baby Payment, which provides the same safety net to parents of stillborn babies as to parents who experience the tragedy of a neonatal death. She said,

By introducing a single rate of Stillborn Baby Payment we are addressing inconsistences in levels of support provided through the social security system to better recognise all bereavements.

While these measures are so incredibly validating to bereaved parents and will provide great comfort to them in their time of immeasurable grief, the final piece of the puzzle is equal paid parental leave. The Stillbirth Foundation Australia launched a campaign back in 2017 appealing to private and public sector businesses to provide equal paid leave to parents of stillborn babies. In 2018 we partnered with WORK180 to reiterate this call and recognise businesses that had made these changes and signed up to our Corporate Registry.

We have made significant progress and have nearly 40 businesses on our registry, with many others who have indicated their willingness to review their parental leave policies this October.

To you, we say thank you. Your commitment to recognising parents of stillborn babies as parents, first and foremost, is commendable, and the right thing to do.

To any others who would like to join our registry, we invite you to get in touch, and we are very happy to help guide you through the process and provide any resources you might need. 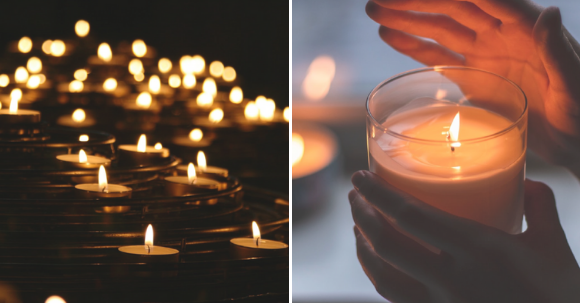 The Stillbirth Foundation Australia is the only Australian charity dedicated to stillbirth research. We are 100 percent community funded. It was launched by Emma McLeod in October 2005 after Olivia, Emma’s second child and first daughter, died unexpectedly in utero and was born still on 31 July 2002. At the time, Emma was shocked to discover that so little was invested in researching the possible causes of stillbirth.

Since 2005, the Stillbirth Foundation has allocated over $1million to funding the most rigorously designed studies aimed at finding a means of preventing stillbirth and supporting the families of stillborn babies.

Today, The Stillbirth Foundation Australia is recognised nationally as a leading voice on stillbirth and represents the voices of thousands of Australian families who have been touched by stillbirth.