Policies That Put You Ahead of the Pack

Aleta Nicoll was four months pregnant with her second child when she interviewed for a new role at Origin Energy. She was totally upfront about her pregnancy and her plans to return part time, an approach that feels pretty scary to many working parents. Origin was unfazed, and now she manages a team of 30 in a control room responsible for 30% of Australia’s east coast gas supply.

Now, in the face of the global COVID-19 pandemic, Aleta’s work is as cutting-edge as Origin’s approach to parental leave was back when she started there.

Getting Support Through Pregnancy

Aleta was unhappy in her job, four months pregnant and approached for a well-paid role that meant she’d have to relocate to Perth. She wasn’t ready to make that move but being headhunted gave her confidence a boost that she was still marketable, and she applied for a position as Engineering Manager at Origin.

In the interview she outlined her plans – to take five months parental leave and then come back to work four days.

“I wasn’t nervous during the interview process, but I definitely felt self-conscious when I first started because I could tell people were thinking, ‘Is she pregnant?’ Most people would just ask, I’d say yes and that I would be back after maternity leave.”

Now, Aleta has recently hired a woman who’s 7.5 months pregnant. She did need to think through the maternity-leave-cover element of hiring someone who would soon be taking extended leave, but Origin’s policy of no minimum tenure before you can access paid parental leave and five months fully paid paternity leave (for men and women), means parental leave is increasingly common and supported. In Aleta’s team she currently has one woman and one man on parental leave.

How to Juggle Babies and Work

Aleta had a second child whilst employed at Origin, planning again to work right up until her due date and then take four months parental leave. This time though, “I had a toddler at home, so I was exhausted. I ended up going back to my manager and saying, ‘I can't keep doing this. How about I cut back to two days a week for the last month?’ They said that's fine!”

If something’s not working, have an honest conversation to manage it. Aleta says she’s never come across a situation at Origin where they’ve said no to a proposal for balancing home and work.

The people are genuine, and Origin looks after its people. There’s a real sense of care and community.

Aleta works flexibly, sometimes starting early and sometimes doing school drop off on the way in. 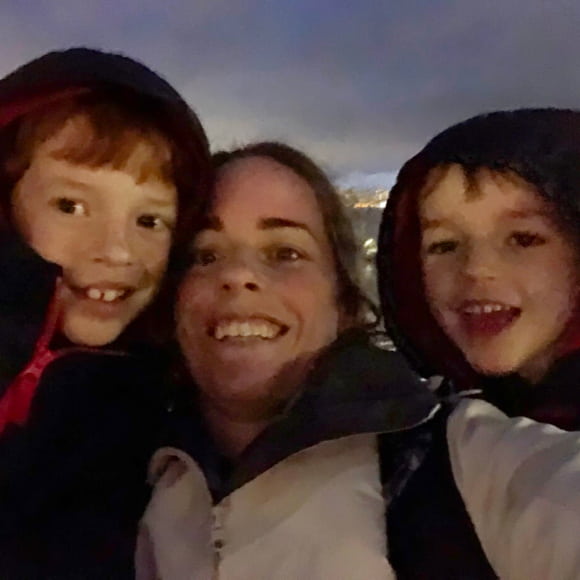 Being Heard as a Woman in a Room Full of Men

At university, Aleta was the only female in her class. As a graduate at another energy company, the grad cohort was 50-50 men and women, but the business was predominantly male particularly on offshore facilities. Across the board, energy companies are moving to a better gender balance but it’s still not 50-50.

As a young woman Aleta was introverted and quiet. “My career feedback was, ‘you need to speak up, you need to make yourself heard, you need to make sure you get your opinion across.’ Even when I joined Origin eight years ago that was the feedback I was receiving.

I’ve been working for 15 years now. I think as you become more confident in your own ability and experience, you get the confidence to be more vocal and that your opinions are going to be valid.

I definitely think there is a female trait where we have that inner voice questioning ourselves all the time. So we'll sit there and question our opinions rather than offer them up to the room.

The biggest step change for me was in the last 3-4 years. I’ve felt much more confident in my own abilities and that’s allowed me to relax and remove the expectation that I have to prove myself, which has meant I’ve become a much better leader.”

To increase your confidence and find your voice, Aleta suggests finding a few people who’s opinions you trust, who will give you honest feedback, and ask them the questions you’re asking yourself. For example, asking a senior leader why you got a role will highlight your strengths and how they see you, and can help quiet your inner critic.

“If it was just me being my own critic then I've got 1,000,001 things to improve and not many strengths. But other people will give me that positive feedback on things I do well and bring to the table.” 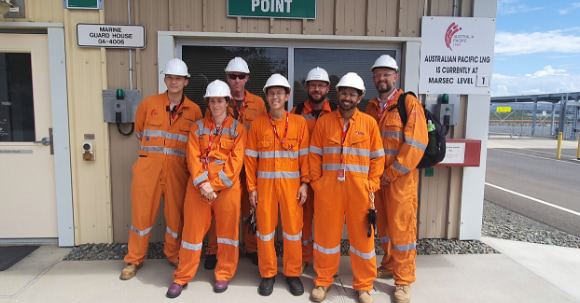 Being Resilient Through Constant Change

The control centre is full of “big computer screens monitoring everything that's happening. It runs 24/7, 365 days a year so there are always different people in the room on shift.”

Aleta says, “When I wake up in the morning, I don't know what's happened overnight so every day is different; every day throws up different challenges. It’s exciting and dynamic.”

Aleta keeps a ‘to do’ list but it’s always changing. “You can have a plan but you have to be able to adapt the plan. It’s good training for being a mum!”

It’s totally different from university, where things are planned well in advance. Aleta was surprised to learn how much she likes it, but does admit it’s not for everyone.

“I have never regretted my decision to join Origin. I've been here eight years now and I love it. I love the job I'm in, I love the team I have working for me, I love the peers I work with. It's a really enjoyable place to be.”