Jess Dodson (Microsoft Premier Field Engineer) always knew she wanted to work in IT, and had her sights set on Microsoft from a young age. She has persisted through years of male dominated workplaces and uses her voice to advocate for women in tech.

By her own admission, Jess “bombed high school”, getting distracted from her studies by spending far too many hours playing video games (which she still does!). She went to TAFE, got a part time casual job on a university IT helpdesk, turned that into a full-time role, got a University degree while she was working, moved into government systems administration and a few months ago landed her dream job at Microsoft, where she provides technical leadership to keep IT environments optimized and healthy. 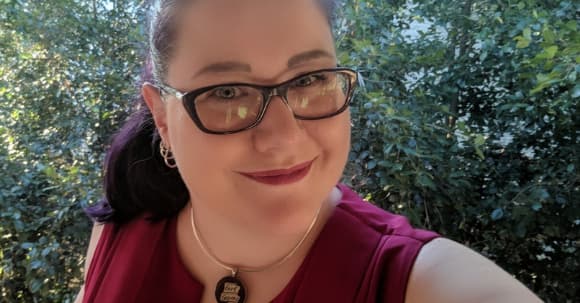 Jess says that while it can be frustrating, it’s not always what you know but who you know and networking can be invaluable. She has built a large network of people in the tech industry over the years, that has provided tangible career benefits for her.

Jess attends conferences and events, making sure people can meet her, and see that she’s interested and passionate, and then follows up with connections on Twitter where she has 9,500 followers. Part of her approach to online networking is a genuine desire to help people;

“I make it known that if people want to talk to me, if they have issues, want advice with anything, if they want to send me their resume, I'm more than happy to take a look at stuff. I'm happy to help anyone who sends me a message.”

When she was ready to move on from her last role, she announced to her network that she was looking for opportunities. She is connected with a number of Microsoft employees, who all recommended her for an opening. Those recommendations – her network – helped get her through the door to an interview.

When Jess started her career in IT she was in an environment where new team members were given their own folder, and access permission was granted as they demonstrated competency. It was an all-male team, and one of them commented that it was ‘a bit weird’ having a girl on the team, so they labelled her folder ‘Girl Germs’. Jess has now taken on that name and uses it as her online moniker to this day.

Later in her career she experienced people assuming she was a secretary or receptionist and find a male IT support person to help. The men would then have to direct people back to Jess as the expert.

Using her network and large Twitter following, Jess sent out a tweet in 2018 asking women for their stories around sexism in the industry, and created a talk called Stories from the Tech Trenches, which she has given at conferences here in Australia and will be giving again at MS Ignite in Florida this November. She says for many women it can be death by 1000 paper cuts, and it’s causing great women to leave the industry.

Many women today are still working in male dominated environments where they are segregated and made ‘Other’ to the rest of the team and highlighting that you’re being treated unfairly can be difficult. Joining a team where there is a better gender balance and you are treated respectfully can make a huge difference to your career opportunities. At Microsoft, Jess says;

“I don't feel left out. I don't feel like I'm different. There are so many other women here, particularly in technical roles.”

Experiences of being one of few women, and treated differently, can exacerbate feelings of imposter syndrome. Like many of us, Jess is a vocal cheerleader for her friends and colleagues, but sometimes doubts her own abilities. She admits;

“Taking praise for some of the things that I've done is really, really hard.”

One important way to combat imposter syndrome is to have a tribe of supporters, people who will reassure you and logically explain the facts to support your skills. She elaborates;

“With imposter syndrome you actually do know a lot but you also realise just how much you don't know.”

She says you can start to get excited about how much more there is to learn explore and investigate, and it’s impossible to know everything.

In 2015, one of Jess’s connections offered her a free ticket to Microsoft Ignite event, on the condition that she put herself forward to speak, which seemed terrifying! She submitted a speaker’s proposal based on some posts from her technical blog and was accepted! It was her first ever speaking gig and was the third highest rated talk of the conference. Taking chances when they are offered can also go a long way to combating imposter syndrome.

Jess lists out her accomplishments, skills and achievements on her Linked In profile. When her imposter syndrome voice starts making noise she says;

“I can look at my profile and remind myself I’ve achieved all of these things. I can't be that bad.”

If you don’t want to put it all on Linked In, it can still be valuable to keep a file of all the praise you receive at work, and accomplishments that you’re proud of. When you start doubting yourself you have a place to go to remind yourself of everything you have achieved.

“Microsoft was always the gold. That's where I always wanted to get to. It’s actually even better than I expected.”

Performance in Jess’s team is measured on impact to community, team and others in the organisation, creating a positive collaboration focus. She says;

“They believed in me, took a chance on me, have set me up for success by putting me in a role that fits my abilities and skillset and given me the opportunities I need to enhance and grow my career.”

If Microsoft sounds like your dream employer too, then check out their currently listed jobs.