Ryan Atkins shares how Philips has attacked inequality head-on. If you read one article this year, make it this one.

Ryan Atkins is a husband, a father of two, a ‘recovering psychologist’ and HR Director at Philips Australia and New Zealand. He dials into our conversation fresh off the back of a common scenario for working parents – a son who’s at home sick, a young daughter who insisted at school drop off that she also stay home, and ‘busy’ (frantic) preparations for hosting a kids birthday party the next day. Yet he somehow brings to the conversation calmness, presence and perspective. An hour later, we can clearly see how those qualities – and some smart data – have helped transform Diversity and Inclusion (D&I) at Philips. We asked Ryan to reflect on what they’ve achieved so far, and to offer advice on how you can do the same.

An undeniable business case and a problem of legacy

Ryan gets straight to the point: “The business case is abundantly clear. Creating an Inclusive culture not charity or favouritism. All the research shows that a more diverse, inclusive organisation, creates better business outcomes. We're also fortunate that it's the right thing to do, if you believe in equality of opportunity for all.”

The Philips leadership team at the time recognised the need for change. Philips needed to increase the diversity of its workforce as part of its organisational transformation towards a health technology company, to accelerate its growth.

“If you haven’t looked for bias before, you can bet you will find it when you do. It can occur anywhere a decision about people is made, from starting salaries to promotional increases and annual pay reviews. We knew we had to change things, and looking where we are today I’m proud that we made the power of diversity a strategic priority. I’m very proud of what this company and its people have achieved since.” 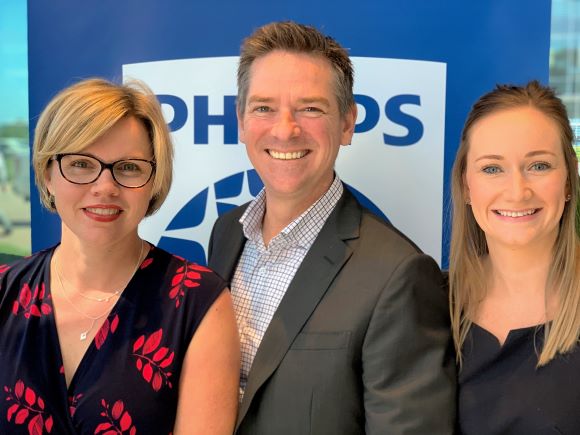 · Check the appeal of your employer value proposition and quality of selection processes by tracking applicants, shortlists and hires by gender. Interrogate wherever the numbers shift markedly.

· Don't perpetuate pay bias by paying new employees ‘what they will accept’. Women are often earning less than men and research shows that they can be less likely than their male counterparts to be bold in demanding the salary they merit. So pay as close to the median as you can afford, regardless of their previous salary. Or don’t even ask a candidate their current salary – just tell them the range the role pays.

· Individual managers may not have the funds to address under-pay without relatively disadvantaging the rest of their team. So set aside funds to pro-actively solve the problem. For example, Philips ring-fenced a percentage of the annual review pool (funds for salary increases) to bring under-paid high-performers closer to the market median. Unsurprisingly, performance has no gender bias but women are generally underpaid, a larger proportion of those identified were women. Only after this first stage was the remaining pool released for managers to use. We repeated this process until the gap was essentially closed.

· Women generally retire with less than men in equivalent roles and of equivalent performance. This is because they've been paid less than men through their career and more often take career breaks to raise children. Your organisation can actively contribute to addressing this societal problem, by eliminating gender-based pay bias and pay super throughout any parental leave.

· Take a good look at your wider parental leave policy. Philips went from offering two months’ pay for ‘maternal leave, payable when you come back’ to 18 weeks full paid parental leave, regardless of gender, with 52 weeks super, plus $1,000 per month on return for 6 months. The company also introduced one week of grandparent’s leave, to support the heavy lifting that so many do in that early stage.

· Philips embraced flexible working, informed by the knowledge that women who work often choose not to progress due to their family circumstances. But working flexibly is also available for men, many of whom had never considered it for themselves, allowing them to contribute more at home. "Now working parents – of any gender - comment to me that our workplace flexibility has been a critical factor in their ability to balance family responsibilities and perform and succeed in their roles." Additionally, job design is also crucial in allowing workplace flexibility. Ryan gives an example:

“Our analysis showed we were facing higher turnover amongst working parents in certain roles requiring extensive travel. So we changed their job design and provided support to these employees to better plan and manage travel and meetings. With these changes implemented, turnover returned to the company average.”

So much of what Philips has achieved has been enabled by data and insights – both in identifying what needs fixing, and in getting everyone on board. Ryan calls it how it is:

“Get the data and cut it by gender - if differences can’t be explained by performance, you've got bias to fix. When you can demonstrate to managers the undeniable gender bias in their own business, there’s little left to do but act. This is not necessarily the fault of the manager of the day; the data shows the accumulation of a range of decisions by different people over one person’s whole career. But it is the responsibility of the current leaders to address it.”

The journey is ongoing. The company tracks and reports regularly on a broad range of D&I metrics to analyse where they’re doing well and where they can improve.

“The truth is you can never stop pushing; you have to be relentless. Being continuously, intentionally inclusive can be painful. You are working against a lifetime of unconscious biases in your head and everyone else's. Change can hurt. But it needs to be done, and the more you do, the easier it gets. So get your decision makers together and educate them about the research, excite them about the opportunity; and use whatever data you have from inside your company to support the case, or present data from companies further down the path and ask them if they want to lead or lag. If you can’t bring the leadership with you (which I'm glad to say at Philips we've done) make doing the work feel as necessary and inevitable as it is. But get it done. Some say it will take another 100 years to end the gender pay gap – I don’t have that long!”

Ryan speaks enthusiastically and warmly about the way Philips and its people have embraced the transformation. We put it to him that his own contribution must also feel very satisfying.

“I feel very proud. We are a small HR team with 600 employees spread across Australia and New Zealand. To be recognised for doing the work for citation as an Employer of Choice for Gender Equality, by the WGEA two years running, is immense for us. And you know what, I actually do feel like I’ve found my passion! This is commercially justifiable work that is also socially important. In my job, I get to help to change the world."