Building a career through innovation

Anna Leite came to Australia for what was meant to be two years, fell in love with the country, and never left! Her confidence and ability to be brave in her life and career have seen her break barriers as a woman in the construction industry, and she’s continuing to lead the change.

Innovating in life and work

After a holiday to Australia eight years ago, Anna knew she wanted to return. She was working for Caterpillar in Brazil and decided to pursue an International MBA in Australia. Her boss introduced her to WesTrac to get experience in a dealer whilst getting her master’s degree. WesTrac provides Caterpillar equipment to end-users in Australia. She was hired to work on business improvement projects, and one year into her two-year overseas trip, she decided to call Australia home.

“WesTrac offered me a sponsorship and this role changed my entire career and personal life in the most positive way!”

Anna was Business Improvement Adviser, managing for some key business improvement activities including an innovative click and collect system for machines parts collection. The project moved parts from their original, single warehouse to a number of core locations, reducing travel time for customers requiring parts.

It was such an innovative idea! I loved being able to build the business case for it! It’s exploded already and we have multiple locations around the city and in Newcastle.

When a Business Unit Manager role came up, WesTrac offered Anna the position, which she said was mind-blowing!

“I am the first female to take a sales leadership role within the construction and infrastructure department in WesTrac. Being a foreigner and also young brought up an extra challenge, but the leadership team really supported me.”

Anna spoke glowingly about one of her original supporters in WesTrac.

“Alister Cant (GM of Construction and Infrastructure) and WesTrac are my sponsors and biggest supports. Not only were they instrumental in getting my visa, they also helped me navigate the new role and new challenges.”

They could see her background and skill set would be of benefit to WesTrac, even though she had not built them in trade or by personal use of the equipment. Her passion for business improvement and process -thinking skill set enabled Anna to grow her business unit market share by 27% last year.

Anna acknowledges that a lot of this success came from the support from her team.

It was really based on the team that we built and the processes we’ve put in place. It’s really something to celebrate! I was so nervous in the beginning, because I felt pressure to achieve a result straight away. Seeing the result was fantastic.

Anna appreciates her team for the great work they constantly do, for being positive when these major changes were happening, and for the support they’ve been giving her to make the business grow. 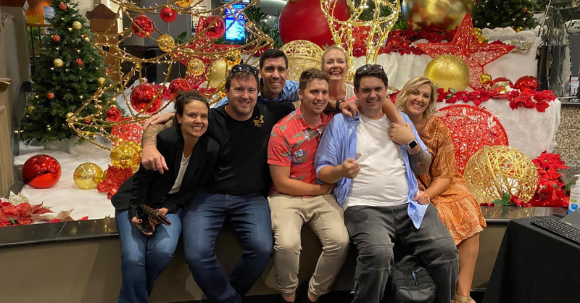 WesTrac invests heavily in their people. During her time at WesTrac, Anna has been able to complete a number of leadership development and mentoring programs to support her. Now, her personal goal is to have her team reach 50-50 men and women.

“I hired the first female machine sales rep in WesTrac. They’re doing major work around culture change. They see the value in having a female workforce, so they are really focusing on getting them to the business.”

Coming from Chemical Engineering, which is fairly gender balanced, Anna never saw any barriers being a woman at work. However coming into the construction industry has been a different story:

“When you come into the construction industry you can feel that extra challenge unfortunately. But WesTrac are doing fantastic work around women and diversity.”

A couple of years ago, WesTrac decided it was time to reshape the company culture and implemented the “Built By Us” program. The program was designed and launched to improve team members’ experience at work where safety and culture was prioritised. The goal was to create an environment that is safe, engaged and customer-focussed. A workplace where people enjoy coming to work, feel valued and take pride in their work.

They’re really embedding the culture now. Leadership are expected to keep it in mind 100% of the time and constantly be cascading it down. It’s all about ways to improve engagement, collaboration and employee satisfaction. It’s really changed us and opened up the conversation.

Anna took part in a mentoring program, and says,

“It was one of the best things that happened to build my confidence. When you come into such a big, important role in an industry where you have to break the barriers, there are more challenges than you think there would be.”

With her broad experience and passion for trailblazing women in construction, we asked Anna what her top tips are for women in non-traditional industries.

It sounds easy, but it’s not! Remember, you are removing the roadblocks for every woman that’s coming after you!

Anna doesn’t need things to be easy to thrive. She’s a three-times half Ironman finisher, which involves doing a 1.9km swim, 90km bike ride and 21km run each time. Now she’s got a new puppy named Stormi to accompany her on runs.

“WesTrac is great. It’s a culture that feels like home, a place I like being. I like working here. I’ve made a lot of amazing friendships at WesTrac.” 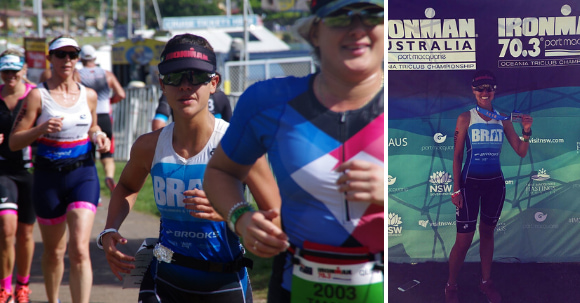