Building a career and lessons from leadership

Michcell Sloan has been with WesTrac for 9 years – testament to what it’s like working for a company who values you as an individual.

She is a mechanic by trade, and now works as a Parts Supervisor. She shared her tips for being an inclusive leader, creating a career and the flexibility WesTrac has offered her to pursue personal passions.

Michcell started with WesTrac in 2011 as a Parts Sales Coordinator. In 2018 she moved into a Parts Logistics Coordinator role then, six months later became a Parts Supervisor in Port Hedland, Western Australia. WesTrac is one of the largest authorised Caterpillar equipment dealers in the world. They provide customers with a wide range of machinery and construction equipment for both the mining and construction industries.

Michcell is responsible for training and mentoring her team, it’s important for her to encourage and empower her team to be their best. Her favourite thing about the role is, “Having the opportunity to empower my team. I’m able to invest in them and their development and show them there’s a broader view of what’s out there. You can achieve so much more. It’s important to help people reach their full potential.”

I was always very self-motivated. I used to be a competitive Rock Climber, Powerlifter and Strongwoman Competitor, and my weight training has pushed me to achieve a lot of things. My drive in sports has given me the drive to encourage other people to push further.

She has great examples to learn from with the WesTrac leadership team.

“The executive leadership team are incredible. They’re approachable, welcoming, you can go up and have a conversation and you’re not just a number to them. They respect you as an individual and look after you as part of a team.” 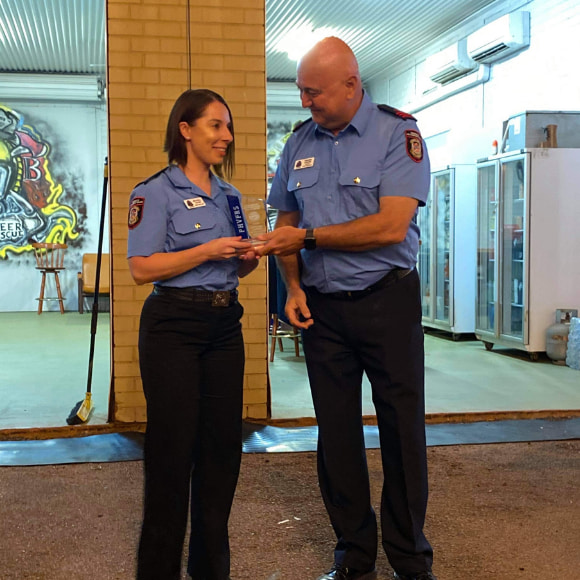 Five things Michcell has learned on her leadership journey are;

“My manager is incredible. He encourages and inspires me. Having his support and mentorship has been a huge support in that first year of leadership.”

Turning a job into a career

As Michcell pointed out when discussing what good leadership looks like, people have lives outside of work, with families and personal interests. A workplace that fosters that is important to Michcell and she was able to take three months of leave from WesTrac to explore a personal passion and go Canyoning through Queenstown in New Zealand in 2017, a once in a lifetime opportunity for her.

Michcell laughs, “I didn’t realise the marvel that I’d stumbled upon!” She can remember when her role at WesTrac really changed from ‘just a job’ to a career.

The penny dropped, and it became a career. I started to really see the opportunities within WesTrac. You don’t need to leave to get new experiences. Working with WesTrac is a solid, secure job that becomes a career, and it becomes a part of who you are. A lot of it has shaped who I am as a person today.

Michcell is proactive at seeking out opportunities, and WesTrac have readily obliged by providing outstanding learning and development opportunities for all staff members.

“Over the last 12 months I’ve grown immensely with the development I’ve been offered. There’s a lot of support here.”

Michcell has completed courses in supervision, planning and decision making, technical skills, removing bias, Excel, professional business writing and has recently attended a leadership forum with other Supervisors from across Western Australia, coordinated by WesTrac’s Learning and Development Team. 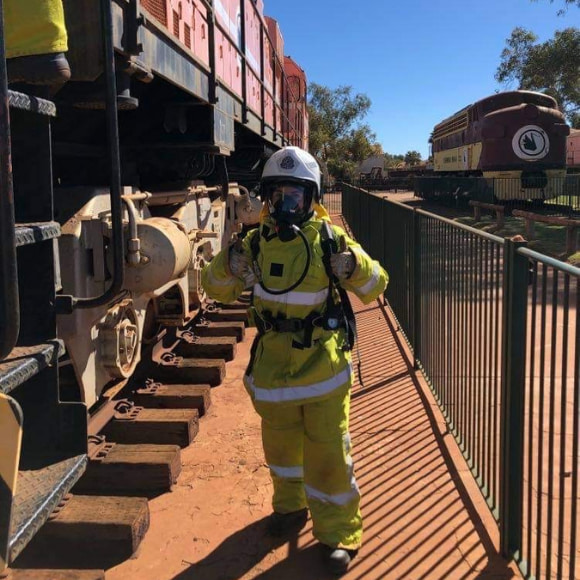 Michcell relocated to remote Port Hedland specifically for her role in June 2019. After spending a couple of weeks up there assisting with the parts sales for the branch, the then-Supervisor encouraged her to apply for the role. WesTrac supported Michcell and her partner in the move.

“WesTrac made relocating to a regional location a really smooth transition.”

Now, I look at my team in Port Hedland as a little family, as we’re all quite isolated. Their wellbeing is highly important to me. I feel it’s a very family culture here.

Michcell’s parting words about her time at WesTrac so far are; “You get out what you put in. If you’re willing to get involved and invest yourself then the company will invest in you. WesTrac has a positive culture. You want to come to work, be involved, see your team and be a part of the bigger picture.”