Breaking new ground as a mother in mining

Fiona Hack has travelled the globe with Sandvik and learned to deal with the mother’s guilt of building her career while her family was at home. She worked flexibly with small children in a non-traditional industry, well before Sandvik had formal parental support policies in place. A true ground breaker, Fiona shook up the way she approached her career in mining.

Fiona started working in admin straight out of school and has just completed her MBA, working across Europe, Asia, Canada and South America in between. She’s proof that not knowing where you want your career to head when you’re 18 won’t stop you figuring things out and being hugely successful.

Her first job at Sandvik 14 years ago was as a Filing Clerk, where she handled “miles and reams of paper – this was before the digital age”! Her career evolution was kick-started by Sandvik’s transformation into the global organisation it is now. A year after joining, she took a position as Inventory Controller, looking after rock tools and mineral ground tools.

“They are the bits that go on the machines that do the heavy-duty drilling.”

Fiona explained that now Rock Tools is one of the many divisions that Sandvik specialise in around the world. When the Newcastle-based manufacturing facility shut down and moved offshore (over a decade ago), her role expanded to manage planners handling the end-to-end flow of those products into Australia.

She became the Inventory and Planning Manager for the Rock Tools Division, initially focused on Australia then adding more countries to lead APAC. She shares,

That was very exciting and challenging. I was in that role for a long time, but it kept evolving. There was always something changing. Any time I thought I was done, the business would change and I’d be given a new challenge.

Not content to settle, Fiona is now Head of Sales Support and Development for APAC & China. In her various global roles, Fiona has been, “reporting back to Sweden for more than 10 years, so I’ve never had a direct manager in Country. My goal was to network with as many people as possible, ensuring they knew what we offered and how proactive my team was. That was crucial for my growth and development. I pushed myself out there and made sure everybody knew what I was, what my team was, what I did, and how we could improve their everyday”. 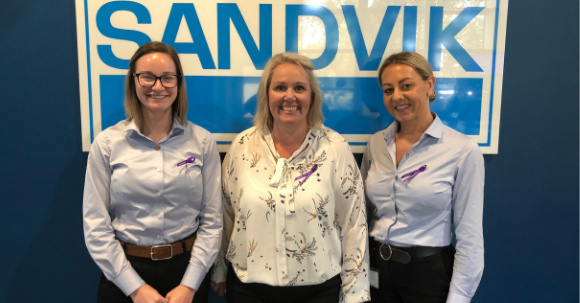 We asked her to share some tips to women looking to build such an impressive career and Fiona shared:

“I really love working for Sandvik. I don’t think I would have gained the opportunities elsewhere that I’ve had here. They don’t care about gender. It’s really the best person for the job. The support is amazing, the people are amazing.”

Sandvik, as with many mining companies, has more men than women throughout their organisation. But Fiona says things are shifting.

For more than 80% of my working career, I was the only woman in my area. It’s been good to see the changes within the business, especially within the past five years. Sweden is very forward in gender equality.

Sandvik has a focus on improving the gender balance.

Fiona’s completed her MBA at the University of Newcastle on a scholarship sponsored by Sandvik (it’s open to anyone, not just Sandvik employees, and Fiona had to apply along with everyone else). Her cohort took part in an innovation study tour to San Francisco in early 2020, visiting Silicon Valley start ups and taking part in workshops on creative thinking. 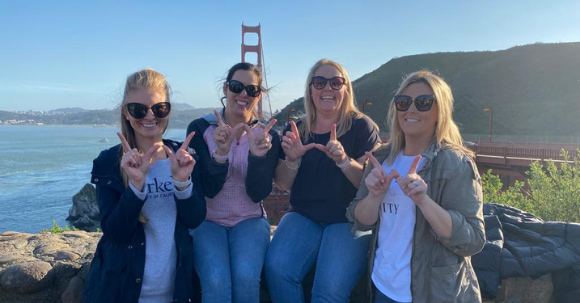 Fiona admits that despite her unusual career, “I never thought of myself as a pioneer who was doing anything unusual. I still don’t think I’ve done anything too special, but I have realised someone needs to stand up and say, yes you can do it!"

That someone has often been Fiona.

I have two daughters and a son, so I really wanted to show them you can do anything and be anybody. Don’t let anyone tell you that you can’t. If you don’t try, you won’t learn, and you won’t grow.

Fiona hopes that, “Showing other people that it can be done means hopefully they will give it a go. I’ve met some amazing people who have empowered me, so I need to be able to do the same thing. I want to get out there, be supportive, and let everyone know that there are options”.

Making motherhood work for you

Always a ground-breaker, Fiona worked flexibly while raising a family, before Sandvik had formal policies in place. When she initially joined them, Fiona worked school hours with the ability to work from home when children were sick or there were school activities. As her children reached high school, she returned to work full time.

“We moved to a rural property with five acres, a few cows, some sheep and chickens. I felt a bit safer with the kids being at home there, and we have really good neighbours. Then as they got older it got easier. My husband is extremely supportive of the journey I have been on. This success is not all mine, it has been a joint effort.”

I always tried to be there for the important things. I missed some, and I remember them, but the kids don’t really care. I always felt a bit guilty being away for work.

Fiona candidly shared a memory of forgetting to collect her daughter from dance class when she got stuck in a work meeting.

But she says, “I don’t think you can do much to make [mother guilt] go away. I used to take all of January off and go camping somewhere with no mobile reception. The kids all remember that, and it would make me feel better about all the work things”. 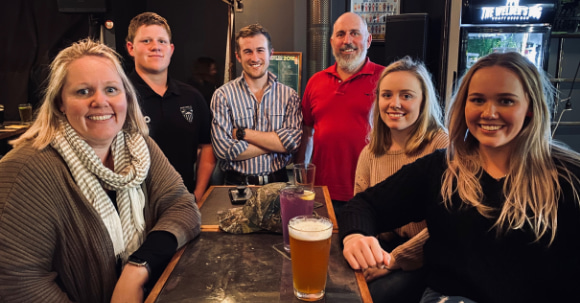 Fiona’s tips for women trying to juggle a career with motherhood are:

The most interesting thing I’ve taken from this process so far was reflecting on family photos before I started and my family now. So much has changed, they have grown so quickly, and time passes without really noticing it. I’ve loved the ride. Life passes you by quickly, you need to jump in and go for it!