A career sprint at Olympic Dam

Andrea Kean is a proud whadjuk noongar woman who has been taking leaps and bounds in her career since she joined BHP two years ago. With three children and a grandchild, flexibility has supported her strong ambitions to climb steeply. She talked about the fantastic opportunities she’s been offered, opened up about her Indigenous heritage, and shared what it’s like being a working mother.

Onwards and upwards with BHP

Andrea’s career progression in her time at BHP has been truly remarkable. Every opportunity she’s taken has been a step up and a step forward.

She started there two years ago in a Specialist Recruitment Role within the Talent Acquisition team, looking after engineering and technical roles. She then moved into a global Data Analyst role, saying, “I looked at improvements within the HR stream, and I built some really good solutions in terms of platform automation and self-service”.

In January she took a new role in Operations, looking at end-to-end improvements in technology, out in the field, and with organisational processes. “In that role I got a lot of exposure, was on some pretty cool projects, and got seconded into a double-hat scenario in a leadership role.”

The leadership secondment was as a Principle Planner/Improvement Superintendent, supporting the General Manager with strategic planning and assisting the department meet their strategic objectives.

The leadership secondment became permanent, and Andrea became Superintendent Improvements the day before we spoke! In this position, she looks after the department’s continuous improvement pipeline. “I manage a team that supports the department delivering improvement initiatives, as well as identifying opportunities.”

Of the many changes and all the progress, Andrea reflects,

It’s been a pretty steep climb, but a good one. I didn’t think I would move up the chain so quickly. It was always my intent to move into a leadership role, and I’ve had really supportive managers through my journey who have enabled open conversations. I’ve been able to speak to the executive and senior management at BHP. That exposure has created a pathway for me to take that steep curve.

As she settles into her Superintendents Improvements role, Andrea’s sights are now set on a university qualification. “Because I had a child at 17, my career came second. BHP may support me in getting a degree, which is huge. There aren’t many people in my family with tertiary qualifications and it’s something I always wanted to get to when my children were old enough”.

The magnitude of Olympic Dam

Andrea works at the Olympic Dam site, in Adelaide. The move was driven by her husband’s career, and she admits, “I wasn’t thrilled about coming to Adelaide from Perth. But ask me now, I wouldn’t look back!”

“Olympic Dam is amazing. It is nothing that I would have expected. It’s huge. The complexity of operations with an underground mine, a surface operation with the smelter, and all the different materials. It is an amazing asset to be a part of, and one of a kind in Australia.”

Most of Andrea’s career has been in mining, and she says, “I love rocks and dirt. A lot of the work I do supports operations. I’m predominantly office-based, but I get out to site a lot. The rocks and dirt environment is the same culture whether you’re in the office or onsite. It’s warm, it’s a very real environment. It’s family-orientated, everyone knows each other, there’s no bs, and you can be yourself without judgement”. 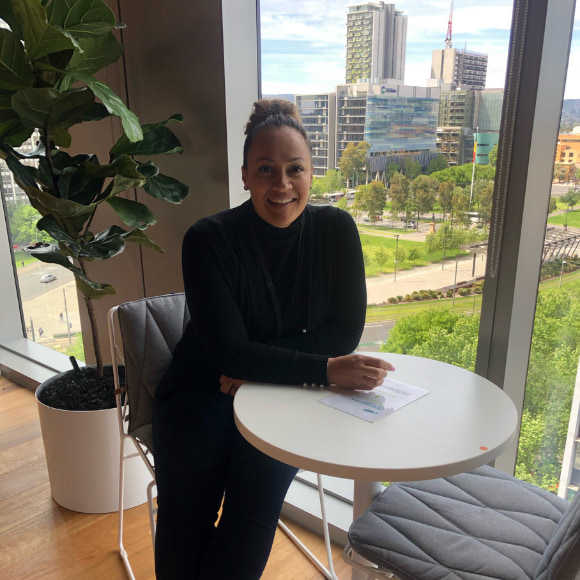 At BHP, she says the culture has “a real strength within teams and BHP make a constant effort to ensure it’s an inclusive environment”. In fact, the thing she’s most proud of when it comes to being part of the BHP team is,

Their commitment to inclusion and diversity, particularly the female agenda. It’s not just advertising, it’s the real deal around achieving gender balance. I’ve never seen an employer aim for such a big goal in such a short amount of time with the commitment they have.

BHP have an aspirational goal to achieve gender balance globally by 2025, in an industry that is 17% women.

Andrea confirms, “we’re starting to see the benefits, as we’ve got diversity of thought which drives a whole host of changes across the business. It also opens the door for men to have flexible work arrangements, because we are starting to think differently about home life”.

The importance of family in indigenous culture

A family-friendly culture at work is important to Andrea, and she shares, “you need to understand we’re very family and community-based. Creating a safe environment around seeing, talking and being around people like you is a big part of our culture. Companies need to have strategies in place to create the communal feel that Indigenous people need”.

For families in general, BHP is very supportive. Andrea has three children aged between 6 and 20, and says, “BHP is very flexible. Work is outcomes-based, so if you’re delivering then there’s no problem around flexible hours. They are definitely supportive of parents — not only mothers but also dads. BHP is one of the most flexible employers I’ve worked for”.

While she believes there is work to be done in the Indigenous space, Andrea shares, “no one does it well yet, but BHP is very committed to getting it right. There are regular educational pieces around respectful behaviour and I would say as an Indigenous person, BHP is definitely an employer that supports Indigenous people. The majority of my family in Western Australia work for BHP. We are making inroads and continue to build in that space”.

There are more barriers to Indigenous engagement than there are to gender because of Australia’s history. There’s a lot to do still, and a lot of hurt in the Indigenous history. My mum is one of seven that was institutionalised from six months old and released when she was 17, so there’s a lot of anger and intergenerational trauma. To break some of those cycles and infiltrate through those family pieces is very difficult and you can’t overestimate the amount of investment you have to put in.

“I love my employer. I really love my job. I can’t see myself going anywhere. My daughter says she thinks she might work at BHP, and I say I want them all to!”